Rosebell Kagumire
Electro-Maxx, a local electricity company, has asked today the High Court to issue an injunction preventing the Electricity Regulatory Authority from granting a Norwegian company a licence to provide thermal electricity generators to Uganda. Electro-Maxx was one of three companies that submitted bids to the Electricity Regulatory Authority (ERA) for the provision of a 50 megawatt thermal generation power plant to be installed in Mutundwe. Others were African Power Initiatives and the Norwegian company, Jacobsen Electro. Electro-Maxx maintained that ERA evaluation committee, which awarded the tender to Jacobsen Electro, was not transparent. Through its lawyer, Magellan Kazibwe, the company said the tender was awarded to Jacobsen despite the fact that it didn't meet the basic requirements. Kazibwe asked the High Court to stop ERA from issuing the licence until their appeal against the tendering process has been heard by the Electricity Disputes Tribunal, which was operationalized this month. The Ministry of Energy legal representative, Mohammed Mbabazi, responded to the request by arguing that if the licensing process is halted, many Ugandan businesses will be adversely affected. He said the thermal power plant was necessary to combat the electricity crisis in the country. The presiding judge, Justice Stellah Arach, adjourned the case to Monday October 2nd. The petition filed by Electro-Maxx comes just a week after ERA asked High Court to issue a separate court injunction restraining government from implementing the recommendations of the Inspector General of Government on the licensing of the Mutundwe power plant. The petition stemmed from a report from the IGG to President Yoweri Museveni, in which the thermal plant procurement process was described as fraught with fundamental illegalities and irregularities stemming from gross misconception and misdirection. The IGG called for the licence awarded to Jacobsen Electro to be revoked.
Tagged with: era electro-maxx jacobsen igg report high court 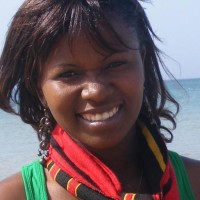